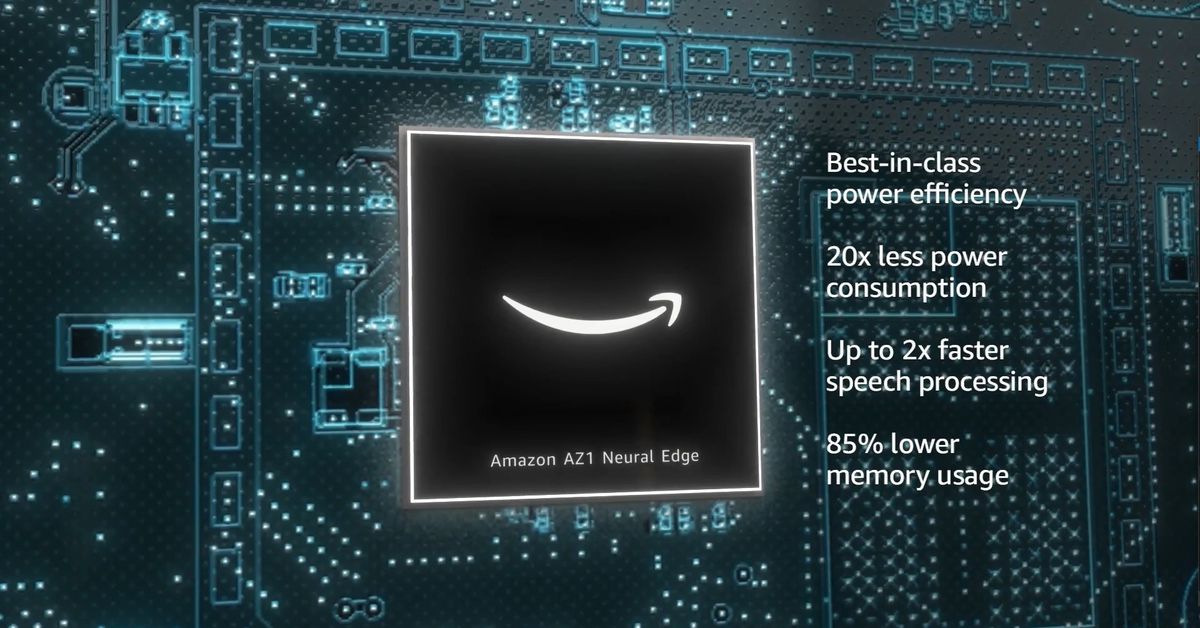 Amazon unveiled the AZ1 Neural Edge processor, a silicon module that will speed up Alexa’s ability to answer your queries and commands by hundreds of milliseconds per response. The company built this module alongside MediaTek, and it will allow for on-device neural speech recognition for new products, and it’s built into the new Echo and Echo Show 10 it announced today. These products, Amazon says, have “the on-device memory needed to support this level of processing.” The AZ1 will be built into more products in the Echo lineup going forward.

Amazon’s preexisting products without the AZ1 send both the audio and its corresponding interaction to the cloud to be processed and back. Comparatively, these new ones that have the AZ1 built in can handle the audio on-device, thus limiting the amount of time it takes to give users a response. And despite how these devices process your voice, how you view your voice history and utterances in the Alexa app isn’t changing.

Amazon says these latency benefits will be available first for English in the US, but it plans to expand to more languages “in time.”

This partnership between Amazon and MediaTek is reminiscent of Microsoft’s partnership with Qualcomm on the SQ1 processor made for the Surface Pro X, at least in terms of big companies co-engineering silicon with chip makers. In practice, the AZ1 seems more similar to Google’s Neural Core that’s implemented in the Pixel 4. In addition to helping to improve photography, that dedicated chip enables the device to understand spoken English, to the point where it can transcribe recordings in real time without being connected to the internet.

Amazon hasn’t made the claim that these Echo devices can be used offline, but by handling more on-device than in the cloud, it should make for a slightly better user experience. We’ll be testing it out soon in the Echo Show 10.

Developing. Check out our live blog for more news from the Amazon event as it happens.

Amazon’s new Echo Show 10 moves to look at you