A meeting room of one’s own: three VCs discuss breaking out of big firms to start their own gigs 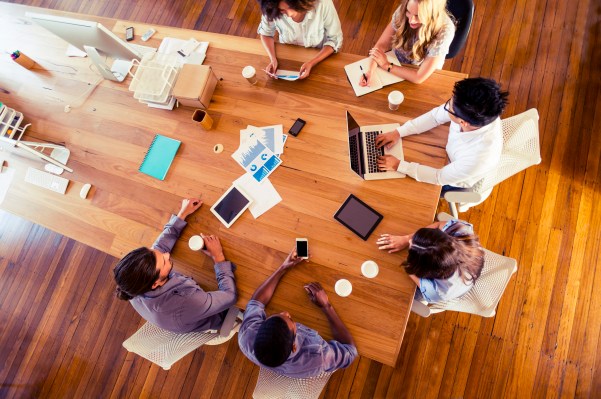 One of the more salient trends in the tech world — arguably the engine that propels it — has been the recurring theme of people who hone talents at bigger companies and then strike out on their own to found their own startups.

(Some, like Max Levchin, even hire entrepreneurial types intentionally to help perpetuate this cycle and get more proactive teams in place.)

It turns out that trend doesn’t just apply to companies, but also to the investors who back them. At Disrupt we talked with three venture capitalists who have followed that path: making their names and cutting their teeth at major firms, and now building their own “startup” funds on their own steam.

On the macro level, the whole world has been living through a challenging time this year. But as we’ve seen time and again the wheels have continued to turn in the tech world.

IPOs are returning, products are being rolled out, people are buying a lot online and using the internet to stay connected, there has been a lot of M&A, and promising startups are getting funded.

Indeed, if entrepreneurs and their innovations are the engine of the tech world, money is the fuel, and that is the opportunity that Dayna Grayson (formerly of NEA, now founder at Construct Capital), Renata Quintini (formerly at Lux Capital, now founder at Renegade Partners) and Lo Toney (formerly GV, now founder at Plexo Capital) have zeroed in to address.

Grayson said that part of the reason for striking out to start Construct Capital with co-founder Rachel Holt was what they saw as an opportunity to create a firm that specifically funded startups tackling the industrial sector:

“Half the US economy’s GDP, half the GDP of this country, hasn’t really been digitized,” she said. “[Firms] haven’t been tech enabled. They’ve been way under invested… The time is now to build with early stage entrepreneurs.”

While Construct is focusing on a sector, Renegade was founded to focus on something else: the stage of development for a startup, and specific the Series B, which the firm refers to as “supercritical”, essential in terms of getting team and strategy right after a startup is no longer just starting out, but before and leading to scaled growth.

“We saw through our boards over and over again companies that figured out how to scale their organizations, put in the processes,” said Quintini, who co-founded Renegade with Roseanne Wincek. “On the people side, they actually went further and captured a lot more market cap and market share faster. Once we saw this opportunity, we could not let it go.”

She compares the current imperative to really focus on how to build and scale companies at the “supercritical” stage to the focus on early stage funding that typified an earlier period in the development of the startup ecosystem 15 years ago. “You could get a million dollars and be in business, a lot more people could, and you had less time to figure out what really resonated with customers,” she said. “That really gave rise to today.”

Toney has taken yet another approach, focusing not on sector, nor stage, but using capital to help germinate a whole new demographic of founders, the premise being that funding a more diverse and inclusive mix of founders is not just good for creating a more level playing field, but also for the good of more well-rounded products that speak to a wider population of users.

“I was having a great time at GV, but I just saw this opportunity as being one that was too hard to resist,” said Toney of founding Plexo, which invests not just in startups but in funds that are following a similar investment principle to his. Investing in both funds and founders is something GV did as well, but the added ability to turn that into investing with a social imperative was important. “To have this byproduct of increasing diversity and inclusion in the ecosystem [is something] I’m super passionate about,” he said.

We are living through a time when the tech world seems to be awash in capital. One of the byproducts of having so many successful tech companies has been limited partners rushing in to back more VCs in hopes of also getting some of the spoils: many firms are closing funds in record times, oversubscribed, and that’s having a knock-on effect not just terms of startups getting funded, but VCs themselves also multiplying with increasing frequency. All three said that the fact that the all identify as more than just “another new VC”, with specific purposes, also makes it easier for them to get themselves noticed to get involved in good deals.

Grayson said that the challenge of starting a firm in the midst of a global pandemic turned out to be a piece of good fortune in disguise in an industry that thrives on the concept of “disruption” (as we at TechCrunch know all too well…).

“We were really lucky that we started investing in a COVID world,” she said. “So many things have been up ended. And I think, you know, software adoption and technology adoption have been moved up 10-20 years in industry. [And] the way that we work together really has changed.” She also said that they’ve found themselves almost looking for companies “created in a COVID environment”, which indeed would qualify as a battle-tested business model.

In terms of raising funds themselves, Toney also recalled the period when we saw a real surge of VCs emerging to fund companies at the seed stage, and the growth of “solo capitalists” around that.

“I think what’s really interesting about solo capitalists is [how] they take their understanding of operations, and a deep network of other technologists, both from big companies as well as entrepreneurs, and … leverage access to all that deal flow by going out and actually raising capital from other sources, whether that be high net worth individuals or family offices or even institutions,” he said.

In its 5th filing with the SEC, Palantir finally admits it is not a democracy

Save $100 on the newest MacBook Air